A Taller Ladder is Not the Answer By Alan Seymour, PhD of Cleveland Electric Labs 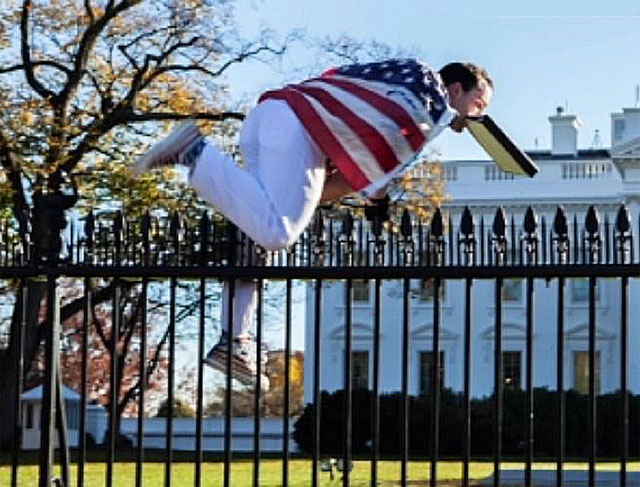 Just under a year ago, the White House went into a security lockdown because someone was trying to scale the fence and the solution at that time was to build a taller and stronger fence.

The problem though is that if you want to get across a taller fence, you simply need a taller ladder.

A year later another man has scaled the wall and roamed the grounds for nearly 17 minutes before being apprehended by Secret Service.

(Mar 18, 2017, White House spokesman Sean Spicer, has said on Twitter, that a person has jumped over a bike rack in a buffer zone in front of the White House, but was not able to make it over the fence and into the property. Courtesy of USA TODAY and YouTube)

Whether this is due to ignoring alarms, as reported by some, or just not knowing the exact location of entry on the fence, a taller fence is not the answer, as it will not solve either of those problems.

If it is ignoring alarms, then there could be an issue that is seen on many security systems installed across our nation, false positives, where the alarm goes off but there is no real issue.

What happens is not as some have stated in ignoring the alarms purposely, but the fact that they go off so often that the mind tends to negate the noise or the alarm.

If one has ever attended college and lived in a dorm, fraternity or sorority house, you remember all the false fire alarms, to the point that you just did not react to them anymore.

This is not to say that happened, but it is being reported that the Secret Service, one of our great institutions, supposedly may have ignored some alerts. I think it is more plausible that it is an issue with false positives than our men and women protecting our President just plain ignoring the situation.

They are some of the best-trained agents in the world, and it just does not fit that there was a purposeful ignoring of an alert.

The need is really not a taller fence that can be scaled by a decent climber, just look up on YouTube at all the people that free-solo up buildings with ease. A taller wall is just a few more seconds of climbing or attaining a higher ladder to get over it.

What is really needed is a fiber optic system that can interact with the fence and that is also buried that will give location and notification without all the false positives.

Building a taller fence today is like still using Windows XP and saying you just need more RAM in your computer for it to work better and be more effective. The answer is not the RAM, it is your operating system.

Taller fences are not the answer, it is the operating procedures for protecting our perimeters. Just as Windows XP had to be upgraded over time, so does how we protect our most valuable assets, our American citizens and leaders.

A Fiber Optic system, like Cleveland Electric Labs’ FiberStrike perimeter security system, is where security should be heading. The system can be mounted right onto the fence going around the White House that will keep the visibility of our great iconic building to the public, and then buried a few meters beyond the fence in a closed loop to give an additional source of intrusion detection.

The FiberStrike system will give the location of the event where the fence was scaled and if Secret Service cannot reach that particular location in time, then there is the buried fiber that will give another indication of the direction of where the offender proceeded.

The system can be tied to the current camera system so the intruder can be recorded and monitored immediately for identification and additional location information, making it nearly impossible to avoid detection.

Fiber-optic systems are immune to EMI, EMP and lightning strikes as there is no electricity going through the fiber and only light, that is continuously monitoring the perimeter.

There is no issue with the weather, as wireless systems can have because it is a direct fiber-optic connection and weather does not have an effect on its operation.

The materials are corrosion resistant and will last for the long term. There is a military-grade protective material over the fiber and if anyone were able to cut it, all it would do is give their exact location.

False positives can be removed through the software by the system learning the first week it is installed.

There are unique acoustic signatures in how things behave, and the system will differentiate between a bird landing on the fence, high winds and a human grabbing the fence and trying to scale it, virtually making false positives a thing of the past.

Each type of occurrence makes its own disturbance that is analyzed and reported in the software, making it much easier to weed out false positives. The Secret Service can then react to actual alarms and not have to deal with false intrusions.

With software offered like Cleveland Electric Labs Intellioptics, the field agents can be sent a text of an intrusion right to their phones, giving immediate confirmation of an event and quicker response times, not allowing for a potential terrorist to have any amount of time to get across the yard targeting our nation.

The software capabilities tied with the fiber optic security give a complete system and an upgrade to just having a fence as a deterrent.

(FiberStrke Detection System, apply to a wide range of applications. Courtesy of Alan Seymour and YouTube)

Building large fences become an eyesore and an irritant to the public. They are required to keep the bad out, but as they get taller and thicker, it can start to give the appearance they are to keep the good out as well. It can create an isolationist perception of our leadership and our country.

FiberStrike allows for a fence that is eye appealing, can still give a great perceptual view and at the same time give better detection of intrusion.

Not only is it a better aesthetic option, it creates a less stressful environment, as psychologically when you have intrusive obstacles, it tends to create more issues with people trying to defeat the obstacle.

Fiber optics gives the appearance of freedom while still protecting the liberties of our leaders and nation.

Secret Service agents and snipers can still have a great line of sight and have less stress knowing the false positives will be nearly wiped out.

With cameras tied to the system, there is little chance for any potential perpetrator to make it three minutes on the grounds, let alone seventeen minutes.

At the same time, tourists feel they are connecting with our leaders and have access to view our nation’s White House which is a work of architectural art.

Building taller, thicker, or stronger is not the answer, as people will just buy a taller ladder, dig a longer tunnel or use better tools to cut through the wall.

What is needed is a fiber optic system, like FiberStrike, that will continuously monitor, give the location of intrusion and not even seen for the most part as it is either buried or integrated onto the current standard or ornate fence, protecting federal property, the border, our nation, and the White House. 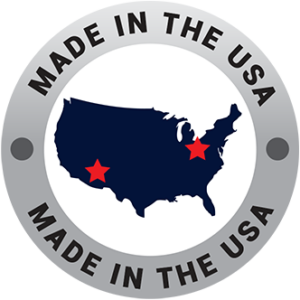